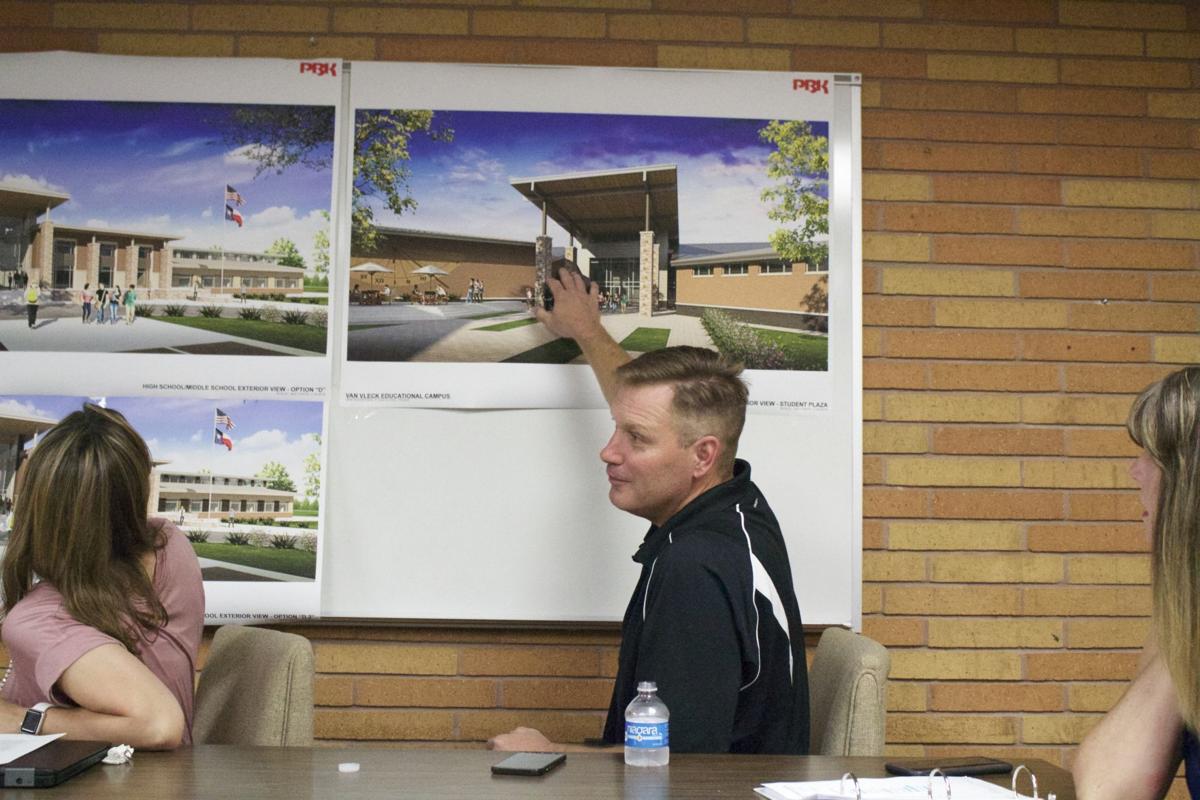 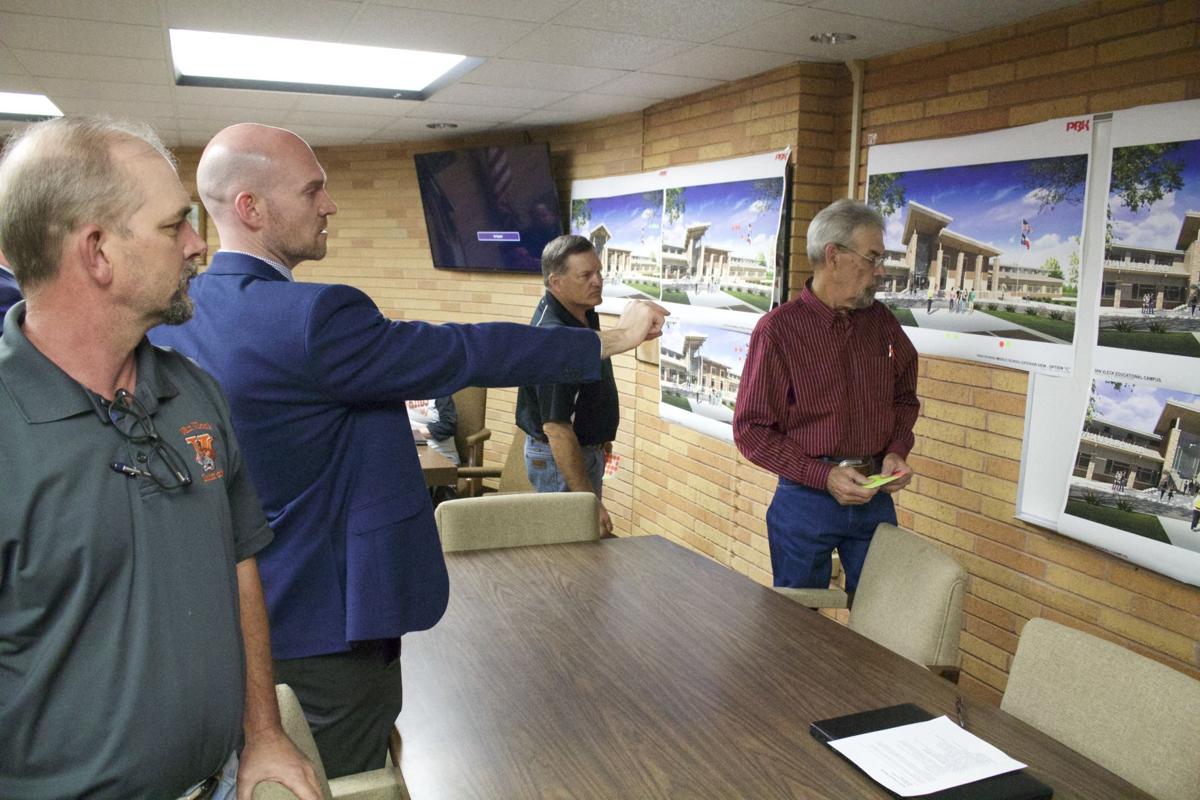 The Van Vleck school board is moving forward with designs and plans for their new school as members decided on the high school front entrance and potentially the architecture’s base scheme for the rest of the school at Monday night’s meeting.

School board members will meet April 2 for a special board meeting to decide on final details on design and development after Van Vleck residents approved an $88.2 million bond planned for a new school last November.

“For the last couple of months now, we’ve been going to design meetings,” said Mike Mandola, project executive with PBK, engineering firm for the new school.

“We’ve gone through some schemes as to what the building might look like… the front door of the high school is this element right there.”

PBK representatives gave green and red stickers to board members and let them place markers on several options of artist renditions of the front entrance doorway with the library just offset to the right. There was only one picture that had all green sticks, a traditional peaked-arched style entrance with stone columns as members of the board expressed bad experiences with flat-style roofs and liked the traditional look.

“We talked a lot about safety and security of the building,” PBK’s Senior Project Designer Todd Hanger said. “Technology has changed a lot of things. It’s kind of anytime, anywhere learning. That’s a big proponent of today’s schools.”

Hanger went on to give examples of how the new school’s structure and furniture is now being redesigned to integrate the new ways students are learning; Building glass-entry classes that can open into bigger spaces for shared classrooms; Furniture allowing students to move and rock in place; From not allowing phones in classrooms, to making them a part of learning; Building technology and learning spaces instead of computer labs.

“We don’t really have a formal computer lab anymore,” Hanger said. “What we can have are these con-creation spaces… It’s a media rich space kids can do different things in different size groups.”

The board also approved the schematic designs for the elementary school and approved bids for stadium renovations for the bleachers and press box.

Concerns over teacher parking during construction of the elementary were raised, but members seemed confident that issue could be resolved before their April special meeting.

So exciting! Glad to see some information and details on this!

Now that Biden has been sworn into office, do you support the election results?