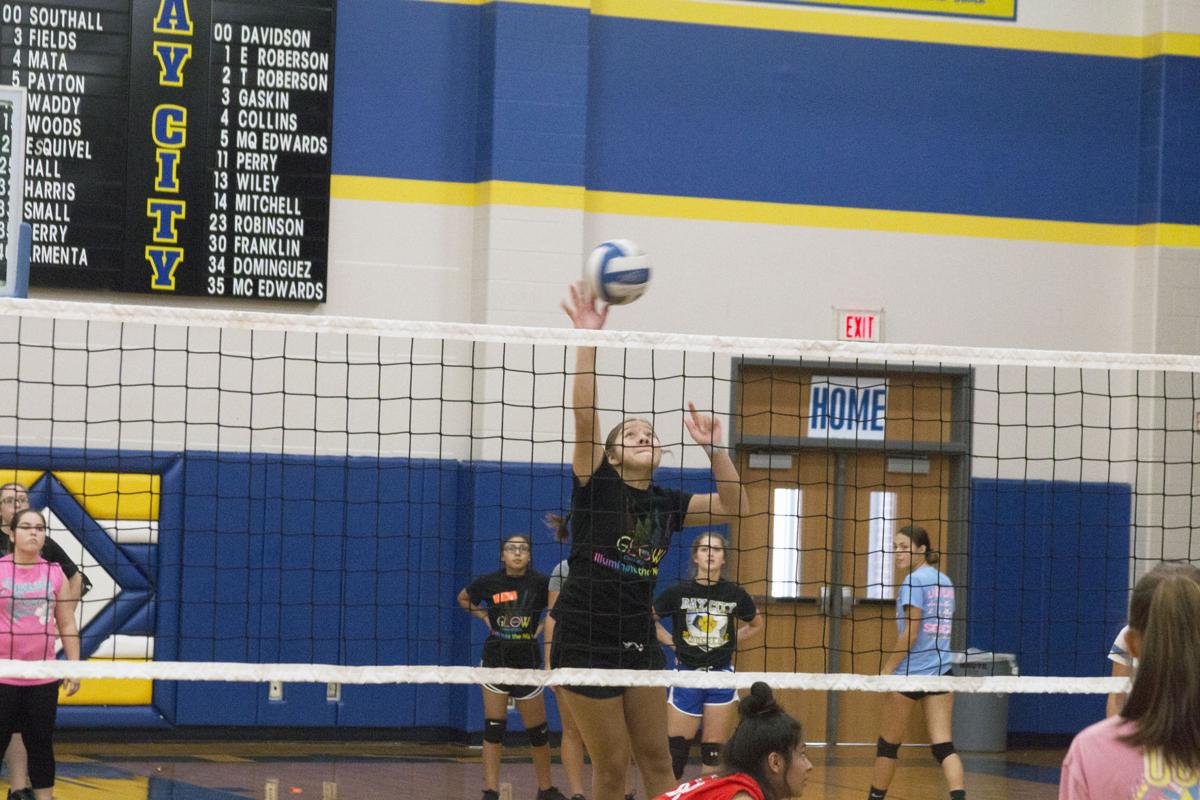 The Bay City High School volleyball camp allows young girls in the area from elementary to junior high to work on their volleyball skills, including hitting (right) before the season begins. (Photo by Chad Washington) 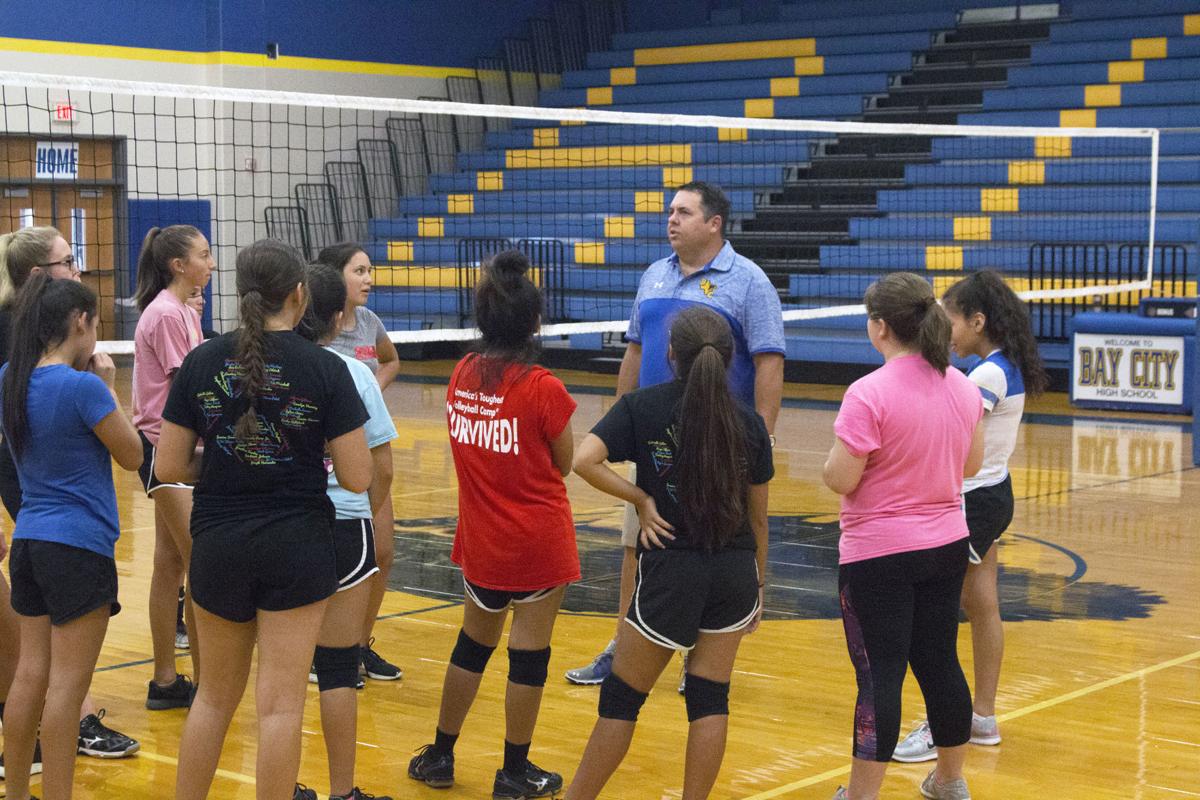 The Bay City High School volleyball camp allows young girls in the area from elementary to junior high to work on their volleyball skills, including hitting (right) before the season begins. (Photo by Chad Washington)

Strong numbers, talented players returning give hope for BC

Bay City volleyball coach Steven Jones had an upbeat look on Monday as he opened volleyball camp with an eager group of young girls.

The smile came from a very big showing of girls who came to camp as the 2018 season comes closer to beginning.

The camp, which opened on Monday and lasts until today, was to get young girls from the fourth grade to the ninth grade involved in the sport of volleyball.

And also get a chance for the Bay City volleyball team to get some work in before practice begins in a week.

“We had 14 incoming freshman sign up, and for the junior high group, we had a lot more there,” Jones said. “I think we had about 25 and a few little ones (from the elementary school).

“These are really great numbers for the summertime, and to have over 40 kids in the gym for the summer, that’s great news,” he continued.

For now, Jones and assistant coach Darin Dabelgott are teaching the basics of volleyball to the elementary-to-junior-high campers, getting them accustomed to the sport of volleyball. The coaches also work with the incoming freshman to work on some more enhanced parts of the sport and get them ready for tryouts for the team.

“The overall goal of the camp is to enjoy the sport, have fun and enjoy being around their teammates,” Jones said. “For the ninth-grade group, I’m just trying to get them ready for what’s about to happen next week.”

The returning players are working by themselves in open court to prepare for the start of practice.

Jones is hopeful that an influx of talent from the junior high and a strong nucleus of returning talent can put the Ladycats on strong footing as the 2018 season looms closer.

Bay City will have its first full practice next Wednesday at 6:30 a.m., with its first scrimmage at Boling on Aug. 3 and another scrimmage at home against Van Vleck on Aug. 4.

The Ladycats open the season with two matches against Tidehaven and Victoria Sacred Heart on Tuesday, Aug. 7. The home opener is on Aug. 14 against Angleton.

“We got some tall girls that can hit the ball, and we didn’t have that last season,” Jones said.

Sorry, there are no recent results for popular articles.